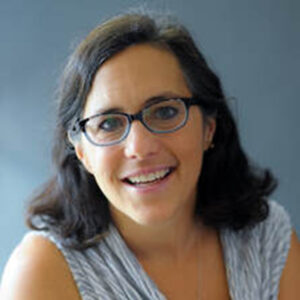 Marcy is the Director of Youth Justice at The Sentencing Project, working for a fair and effective U.S. Criminal Justice system. Prior to joining The Sentencing Project, Marcy was CEO at the Campaign for Youth Justice, leading this 15-year initiative to an impressive win. Created to end the prosecution, sentencing and incarceration of youth (under 18) in the adult criminal justice system, CFYJ dropped the number of youth in the adult system by more than 80%. More than 100 laws were passed by 40 states and DC, making it more difficult to treat children as if they were adults.

Trained in social work, Marcy began her career working in legal aid with court-involved youth, with a focus on youth tried as adults. Next, Marcy worked at the Institute for Community Peace, a national funding collaborative focused on developing community-based responses to violence prevention. In her first local leadership position, Marcy became the founding Director of the D.C. Posse Foundation, a national college success and youth leadership program. Naming and fighting against racism and oppression have always been integral to her advancing change.

Marcy also was appointed to the D.C. Juvenile Justice Advisory Group from 2000-2006; was an Open Society New Executive Fellow (2015), and recently won the Board Leadership award at the National Network for Returning Citizens (2019), and the A.L Carlisle Child Advocacy Award (2021).

She has her BA from American University and her AM in Social Service Administration from the University of Chicago.